Landmarking this great work of queer art will preserve the last remaining art installation by Gilbert Baker, the creator of the LGBTQ+ Rainbow Flag.

The Gilbert Baker Foundation on

In San Francisco in 1978, Gilbert Baker created the Rainbow Flag, assisted by a diverse group of radical activists. It has since become the globally recognized symbol of LGBTQ+ liberation. Over the years, we have welcomed a community of new pride flags based on this original one. We at the Gilbert Baker Foundation believe there is room in the sky for all of them.

To celebrate this expanding family of flags, the Gilbert Baker Foundation created In Their Own Voices, an art instillation that showcases eight different pride flags. This show is currently at the historic Stonewall Inn in New York City and in the windows of the former Harvey Milk camera store in San Francisco.

We also launched Emojis of Pride, a digital campaign that honors the full roster of LGBTQ+ flags. The campaign petitions the Unicode Consortium to add more pride flags to the emoji keyboard.

On the Inclusivity of the Rainbow Flag

There is a powerful global dialogue currently about identity – political, racial, sexual and gender-related. On this subject, Gilbert Baker was a visionary; he created the Rainbow Flag as a symbol of hope for all races, all genders and all ages. Gilbert called it “the rainbow of humanity” and the flag’s colors represent elements in all of us: Sex, Life, Healing, Sunlight, Nature, Magic, Spirit and Serenity.

As Gilbert Baker’s sole remaining permanent art installation, the Rainbow Flag at Harvey Milk Plaza deserves landmark status. It is a beacon of hope for all people – especially for those who live in oppressive countries. It is also the most significant piece of LGBTQ+ art in San Francisco — perhaps in the world — and a “time capsule” that marks and commemorates those activists (black, white, latino, asian and native born) that fought for the rights we have today.

Please Support Our Campaign to LandMark The Rainbow Flag Installation

We ask the greater community for your help to save this historic icon — the sole surviving art installation in the world by Gilbert Baker.

Please sign and share  this petition and request that the San Francisco Board of Supervisors make this global beacon an official landmark. 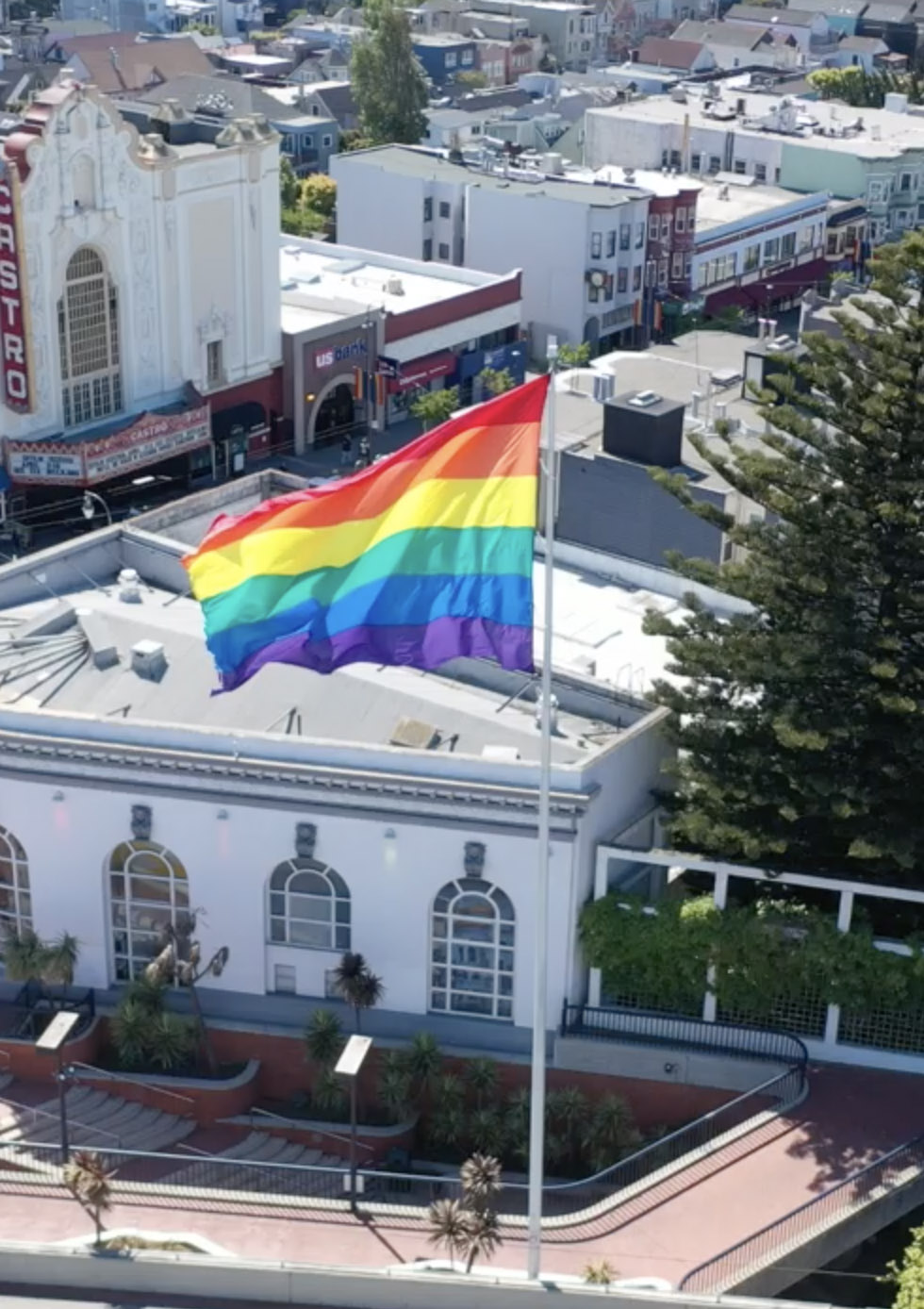